The German Soil Science Society (DBG) is a non-commercial association with about 2,000 members interested in soil scientific questions.

The task of the German Soil Science Society is to promote soil science and its relation to neighbouring disciplines through:

The German Soil Science Society organises periodical conferences (see "Kalender") including scientific excursions as well as targeted symposia and workshops of the commissions and working groups.

Every person with a professional interest in Soil Science can become a member.

To become a member, it is required to send an informal application to the office in Oldenburg.

According to the rules of the Society the membership fee for members in Germany are collected by an automatic debit transfer in March for the current year. The bank statement might be used as a receipt for funding.

Every member is obliged to participate in the automatic debit transfer system and to sign the required approval.

Excluded from this obligation are those members who live in other countries where an automatic debit system doesn't exist. In these cases, the annual membership fee has to be transferred by 1st January for the following year to the DBG account. New members joining the Society during the accounting year will be charged for the current year after receiving their acceptance of membership.

All additional fees, which are charged to the Society due to missing, wrong or delayed information of a member concerning the current mailing address and/or bank details (e.g. additional mailing costs for printed matter of retransfers of money) have to be paid by the member.

The membership fee includes the delivery of the "Journal of Plant Nutrition and Soil Science", the "Mitteilungen der Deutschen Bodenkundlichen Gesellschaft" as well as the "Nachrichten der DBG".

Board
Board and extended Board of the Deutschen Bodenkundlichen Gesellschaft
History
The German Soil Science Society (DBG) was founded on 24th February 1926 in Berlin as a section of the International Soil Science Society (ISSS). Until the 2nd World War the congresses / conferences were affected by scientists from Berlin like O. Lemmermann, F.W. Schucht and P. Giesecke, supported by A.E. Mitscherlich (Königsberg) and P. Ehrenberg (Breslau).
Working Groups
Commissions
To represent the different branches of Soil Science the following commissions are established:
Cooperations
The German Soil Science Society maintains and fosters scientific cooperation with the following organisations:
Rules
This page is only available in German: 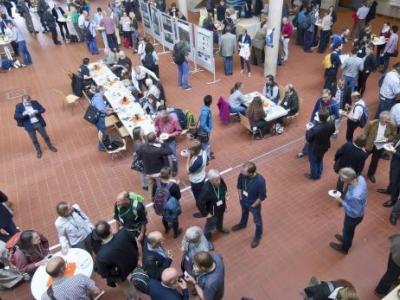